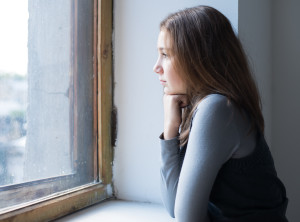 I wrote a post 2 weeks ago about having been recently diagnosed with Post-Traumatic Stress Disorder (PTSD). I told you what happened and how it has affected me. Today I would like to expand on those effects, and also relate what I have done to make my life better.

Because of the traumatic events I mentioned in the previous post, I was left with a perpetual feeling of unsafety and lack of trust. I wanted to clear the memories of needing to live my life trying to be as invisible as possible. The phrases that were associated with those feelings were:

An important memory came to me during the process, as a kind of a counter to all these fearful thoughts. I remembered that my parents took me with them to a museum in San Francisco (where I grew up) known as the Palace of the Legion of Honor. I was about three years old. As we entered the building, I told the security guard, “thank you for taking care of my palace!”

It’s one of my happiest memories, although it scandalized my parents. I remember that the security guard accepted the praise with a small bow. I yearned to reconnect with that childish naiveté and own the world around me. I remembered other acts of confidence from my younger days: walking home in the late 1960s through the Fillmore district, a local hotbed of racial violence, as a blue eyed, blonde haired, eight-year-old who was clueless of what was seething around me. I was completely unaware of any possible danger, and completely confident as I wandered casually, looked in shop windows, and smiled at everyone I met.

I knew I could recapture that feeling of safety and power. To do so, I used an NLP (NeuroLinguistic Programing) technique called “Anchoring.” Anchoring pairs a gesture with a powerful feeling to re-invoke the feeling later. You could hug a stuffed animal, remembering the feeling of comfort you had when you hugged the animal as a child. Or you could pump your first the way you did when you won an important contest, to invoke the feeling of joy and success.

In my process, I vividly recalled all those feelings of ownership and safety. I remembered the world as a friendly place, and felt my own sense of integration with in the world. I heard the chorus of an old disco song: “I’ve Got the Power!” in my mind. Breathing in deeply, I allowed the positive, empowering feelings to fill my body and mind. I prepared a small gesture of lifting my chin up with my head erect and balanced, my posture straight yet relaxed. I used that anchoring gesture to make it permanent.

The next step toward clearing and retraining my underlying limiting beliefs was EFT (Emotional Freedom Technique or Tapping). Out of all of the techniques I’ve heard of or practiced, EFT is the most effective and powerful. It truly lives up to its name – the emotions that do not serve the person go free, and they feel the freedom to choose new, helpful thought patterns and emotions.

The first step in EFT is to choose what thought pattern or belief to work on. Sometimes we work on something big and sometimes the initial issue seems small or trivial. It doesn’t matter – the point with EFT is to clear out stuff, big or small. Sometimes the small stuff turns out to be the bead on the string that releases dozens of others.

For me, I chose to tap on (a synonym for “work on”) shame. The setup statements went something like this: Even though I feel shamed by <fill in the blank>, I deeply and completely accept myself.

While tapping through the meridian points, I acknowledged the feelings of fear, shame, and confusion that had immobilized me in the past. I then shifted away from those feelings. The result? I came out of those experiences stronger than I was before. I shifted from a feeling of captivity to one of mild amusement at the bizarre behavior of others. Those actions had nothing to do with me.

NLP and EFT are just two of the processes I have been using to live a happier, emotionally-healthier life. I have been calling it “Vocational Training for Gremlins.” (“Gremlins” are those thoughts and belief systems that seem negative, but are really trying to protect you.)

Another powerful technique that I’ve used is the “Heartlight Meditation.” It helps clear any wounds that your heart still holds, and allows a feeling of peace, love, and safety to emerge.

I love sharing what I’ve learned, and helping people get unstuck. If you’d like some help re-training your Gremlins, check out my 6 week Call-to-Action coaching program. I help you get out of your own way, get your Gremlins on YOUR side, and get you on your path with a light heart and boundless energy.

If you feel comfortable doing so, I’d love to hear about your stories of healing in the comments below!

I so admire you for doing this. I truly hope your honesty and advice helps a lot of people.

Thank you, Leslie! Always appreciate the support and encouragement.

Sue, you are truly amazing to me. Your honesty and courage and deep seated desire to help people is inspiring. I am so glad your diagnosis and tools help you because you so deserve to be happy and free!