“The reason you have not already gotten what you desire is because you are holding yourself in a vibrational holding pattern that does not match the vibration of your desire. That is the only reason – ever!”
– Abraham, Ask and It is Given, Ch. 4

Your DNA contains a lot of information, such as your eye and skin color, your height, and a host of physical expressions. Until the middle of the 20th century, it was believed that behaviour could be inherited as well. At the time, the theory was “debunked,” but recent research into the emerging field of epigenetics have suggested that we can indeed inherit our ancestor’s trauma and patterns of behaviour. 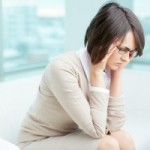 If you have recurring, frustrating patterns of failed relationships, or are unable to get a handle on money, or have been puzzled by other behaviors that just don’t make sense, maybe you’re just acting out your family’s old “stuff.” It could be on your mother’s side of the family, or your father’s. It could be a secret, something that no one in your immediate family knows about, but the pattern got coded into your DNA.
And DNA, like everything else in the Universe, is made up of vibrations. In fact, your DNA contains the “melody” of your whole vibration. And sometimes that melody…well, let’s just say it’s like a polka done in heavy metal style played on a kazoo. Ouch!

Changing the song of your life

You can absolutely pick another tune. You’ve probably learned about affirmations and dreamwork and other tools. You can play another song through your thoughts or beliefs (like a mash-up) but if they’re not in sync, the “melody” of your DNA will win out over the “tune” of your thoughts.

So changing your DNA encoding via affirmations takes a long time and a lot of effort. It’s like there’s a nail in the wall you want to remove; you can use your fingernails to try and get it out, and if it’s fastened to a stud, you’ll just get frustrated and break your nails. But if you get up and get a proper tool – a screwdriver or the back of a hammer – the nail comes out much faster with less mess all around.

Sound healing provides a really effective tool. Specifically, a set of tuning forks precisely tuned to the energy of a healthy biofield. Your biofield (which could also be called an aura) contains all the vibrations that your system sends out, past and present. Your biofield includes all the DNA vibrations as well. In a sound healing session, I use the tuning fork to find and clear any old traumas and limiting beliefs, including ancestral ones.

For example, one young man experienced a generally happy childhood, but in his late teens would inexplicably have periods of intense and violent rage, and on a hair trigger. No physical cause could be found; his brain chemistry was as normal as could be. Everyone was puzzled – until it was discovered that his paternal great-grandfather had had a violent episode in his late teens, and had ended up killing another man. The incident was hushed up, but the man learned that he could do anything and get away with it and would control his family with anger from then on. His descendant was able to clear the trauma, and now has a normal emotional range.

A client of mine had trauma reaching back nearly one thousand years, when her people were bred as slaves, selected for docility. She had been struggling with getting her business launched, and wondering why she would have great ideas but no motivation for getting them off the ground. Now, she can take action. In fact, she’s taking action in her business and in her personal life. She now notices patterns that used to frustrate her, and she simply takes care of them. 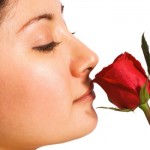 You could enjoy a calmer, more stress-free experience with your family. Your finances could improve, because you’ll be able to act with confidence and understanding in your job or business. Your “relationship radar” will be set to find supportive, caring partners in your life (romantic and otherwise). In many cases, you will feel free, perhaps for the first time in your life. It is a great gift to be able to honor and heal our family in this way. Often, we will be the first in our lineage to have taken on this task, or we will follow in the footsteps of others who came before us, who also healed family karma.

During the sessions, we will work on repairing and releasing the energetic strands and emotional codes that live in your DNA. It is serious energy work. You don’t need to know anything, or even do anything except show up for the sessions once a week. I will be recording them, and you will get a copy after every session. I would expect for many of you that this work will be intense–this is to be expected, when we are working on releasing energy patterns that may go back decades or centuries.

There are seven patterns that show up in the history of nearly every family. During the each sound healing sessions, we will take on the task of healing and releasing one of the seven patterns present in your family, either now or in the past, no matter how difficult or painful your family relationships have been.

The seven patterns are:

When those patterns release their energy, you gain it all back. It’s like you’ve been keeping the parking brake on while you tried to accelerate all this time, and suddenly you realize you’ve released the brake. The cool thing is that it seems to resonate both into the past and into the future, healing relationships with entire family constellations.

As you experience the sessions, you will notice:

Doing this work is kind of like rewriting a musical score having multiple instruments (violin, piano, trumpet, etc). It takes several passes to harmonize everything. For a limited time, I’m offering a series of six weekly 45 minute group healings for $35. That’s right – one time payment of $35 for six sessions to restore your melody to its inspiring, supporting, energizing tune. You can sign up here

If you’d prefer working with me one-on-one, a series of six sessions usually runs $999. For this special promotion, the price is reduced to $799. If that sounds like a deal to you, because you want my personalized attention, focused intuition, and laser coaching, you can sign up for that here.

“And once you align with your desire, the Non-Physical Energy that creates worlds will flow through you…which means enthusiasm, passion, and triumph. That is your destiny.”
Abraham, Ask and It is Given, Ch. 4

Your destiny is waiting – here (one-on-one) or here (group). Which shall it be?